The Red Flag Exercises are very realistic aerial war games which are held periodically since 1975 on Nellis Air Force Base near Las Vegas Nevada. The purpose is to give pilots from the United States, NATO and other allied countries an opportunity to practise and refine their skills for real combat situations. This includes the use of enemy hardware and live ammunition for bombing exercises near the Nellis complex. 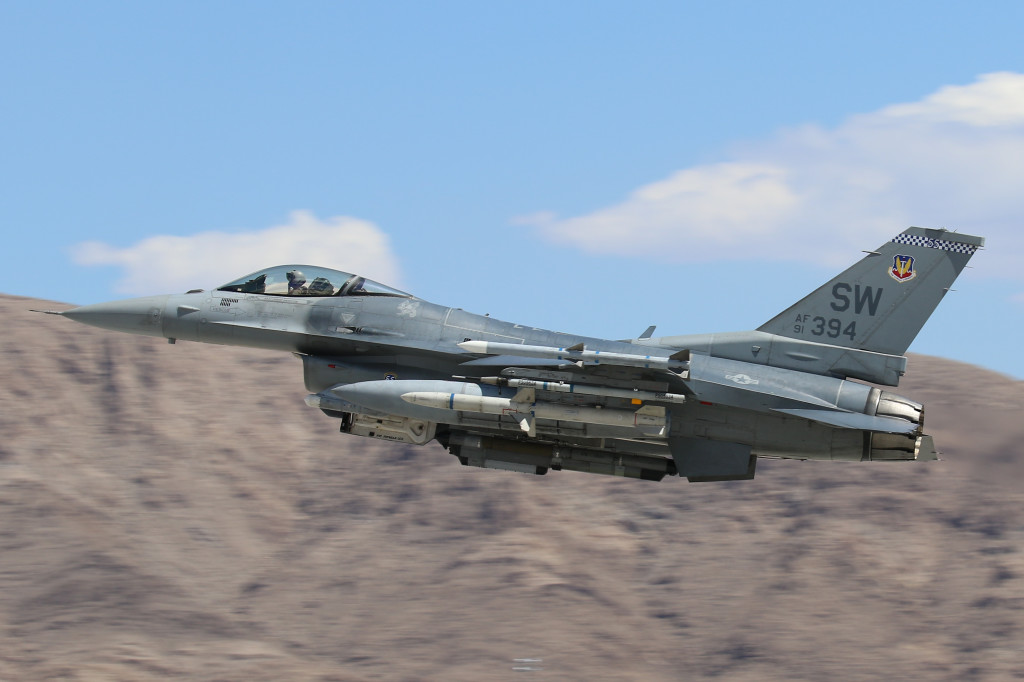 The Exercises with flares and all kinds of aircraft can make a spectecular show, especially at night. There are usually two sorties per day (except in the weekends): one sortie during daytime and one sortie during evening or at night. The night exercises inlcudes usually only one half of the daytime forces.Typically two of the four annual flags are United States only. While the other two inlcude coalition forces. This list of foreign countries which has participated in the past includes: Argentina, Australia, Bahrain, Belgium, Brazil, Canada, Chile, Colombia, Denmark, Egypt, France, Germany, Greece, Israel, Italy, Japan, Jordan, Korea, Malaysia, NATO, Netherlands, Norway, Pakistan, Portugal, Saudi Arabia, Singapore, Spain, Switserland, Thailand, Turkey, United Kingdom and Venezuela. The excercises last 2 to 3 weeks. 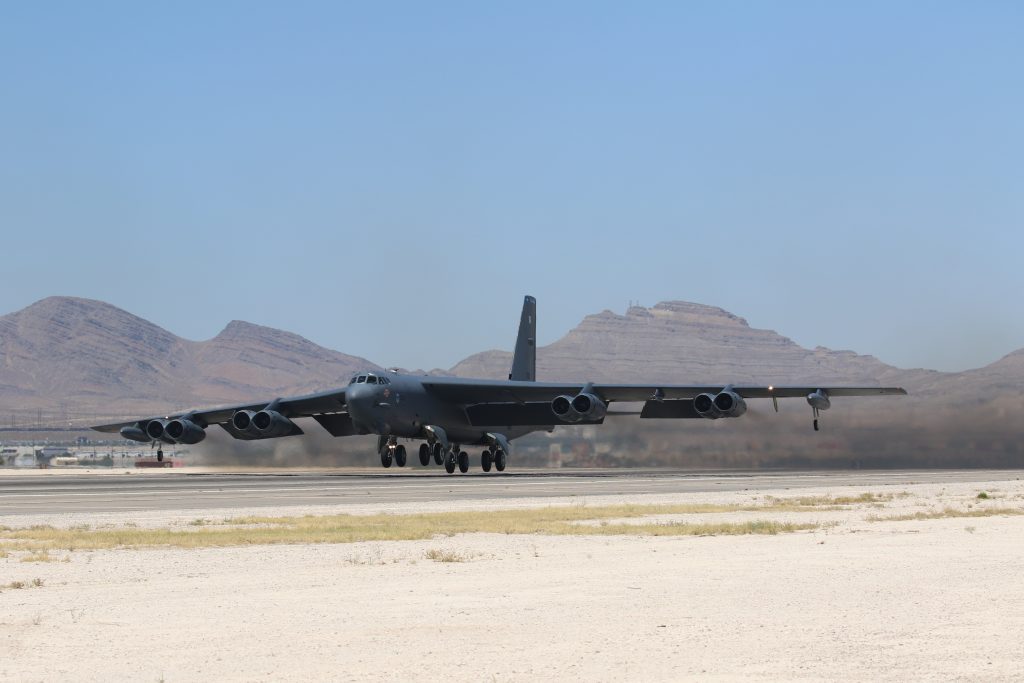 B-52H Stratofortress 60-0013 from the 20BS ‘Buccaneers’ based on Barksdale AFB, Louisiana captured during take off for Red Flag 16-3 in July 2016 on Nellis AFB Nevada.

The mission of the 414th Combat Training Squadron (Red Flag) is to maximize the combat readiness and survivability of participants by providing a realistic training environment and a pre-flight and post-flight training forum that encourages a free exchange of ideas.To accomplish this, combat units from the United States and its allied countries engage in realistic combat training scenarios carefully conducted within the Nellis Range Complex. The Nellis Range complex is located northwest of Las Vegas and covers an area of 60 nautical miles (111 km) by 100 nautical miles (190 km), approximately half the area of Swisterland. This space allows the exercises to be on a very large scale. Red Forces (adversary forces) are composed of the 57th Wing’s 57th Adversery Tactics Group(57 ATG), flying F-16s from the 64th Aggressor Squadron (64 AGRS) and F-15s from the 65th Aggressor Squadron (65 AGRS) to provide realistic air threats through the emulation of opposition tactics. The Red Forces are also augmented by other U.S. Air Force, U.S. Navy and U.S. Marine Corps units. 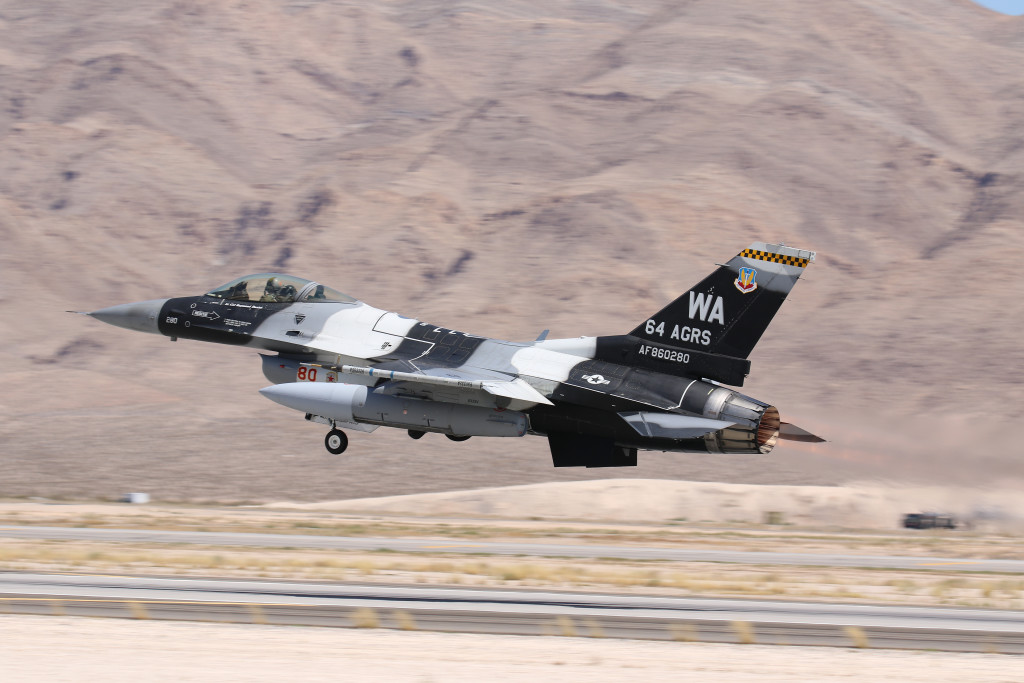